The aircraft had a long journey home from the Celier assembly plant and factory. We used the Canadian logistics company Kuehne + Nagel who did a great job of looking after and arranging all the aircraft travel and customs clearing.

The Xenon IV was loaded into the container by Raphael, Alexander and the rest of the Celier team and the container doors closed. The next time that the plane would see light, would be from the sun over Canada.

By Truck then ship then train and truck again the Gyro made its way to Ontario and we unloaded it at Waterloo International Airport.

First problem encountered was how do we get an almost fully assembled aircraft onto the ground from a sea container 1.5 meters in the air? We called in our friend Rob at Fred’s towing to provide a mobile loading dock.

This also made it very easy to move the Xenon through the airport to the shop. Where we will be putting the upper sections and tail fin in place.

With a little push after undoing all the shipping restraingts the plane emerged from the container into the sun and blue sky. We left it in the Custom Fit HD cover until it reached the shop 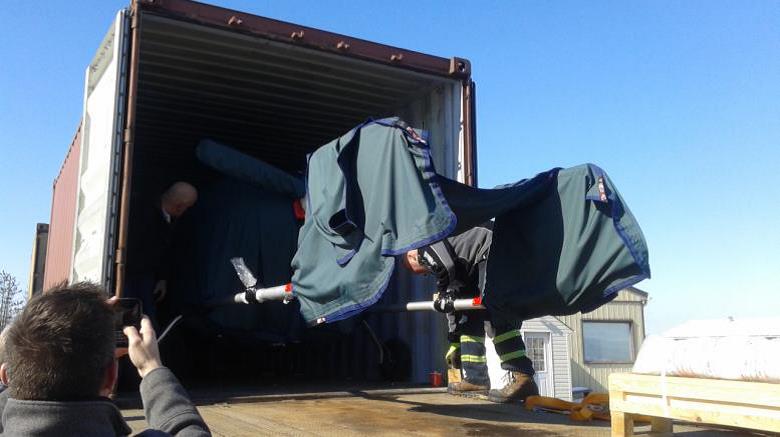 We thanked the transport truck driver and released him with a job well done. Rob repositioned the movable deck section back into the lock position and we strapped the plane down for its drive around the airport 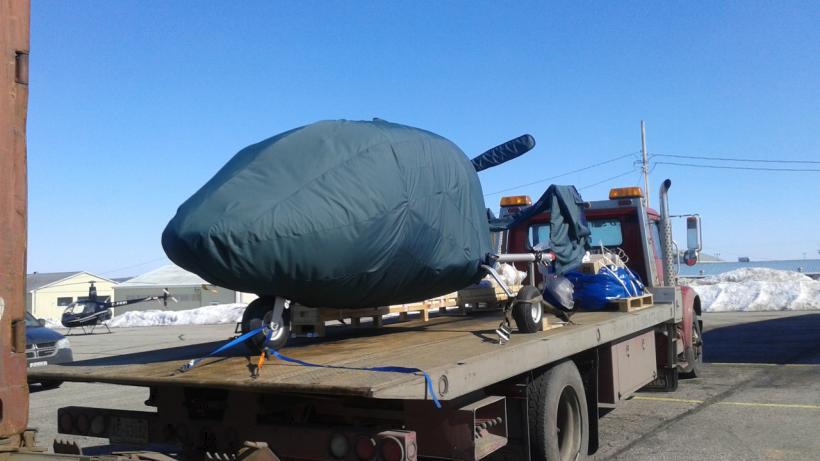 With an escort van that was directed by the control tower the flatbed followed, taking the Xenon on its tour of airport and ending up at the helicopter shop of Rotor Services. This is where the tip bed of the truck was the handiest. With a tilt down we used the winch to simply and slowly role the Xenon off onto the ground. 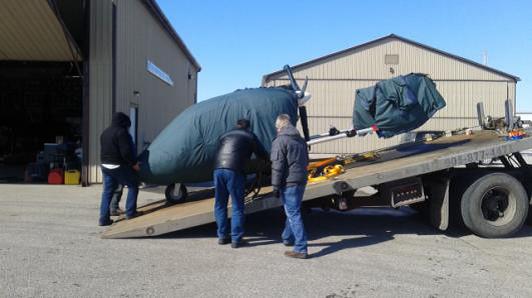 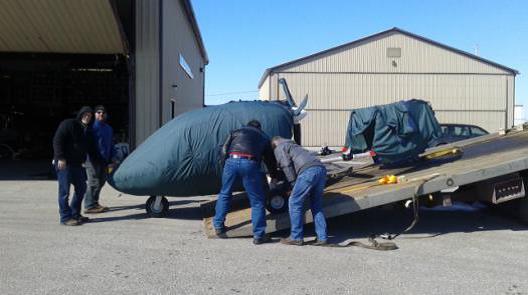 The Aircraft arrived without a scratch from Poland to Waterloo, quite a journey in my mind. Everyone involved around our gyroplane world was here to help and welcome home the new plane. When we removed the cover the red just glistened and sparkled. It brought smiles to everyone there and the soon to be realized dream of flying it. 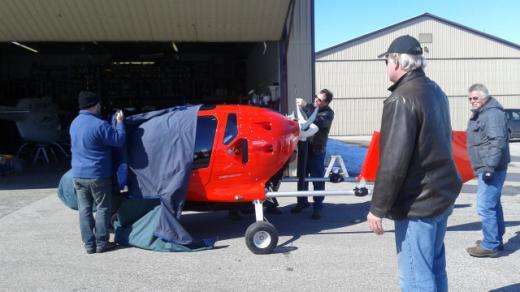 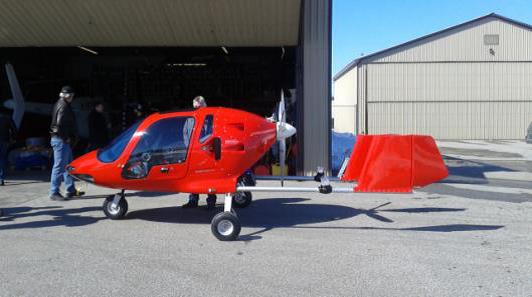 The mechanics at Rotor Services will be working with us to get it air worthy and helping with the massive paperwork for Transport Canada. With a little elbow grease it will be ready for inspection in about a week from now.

We would like to thank everyone who helped make this possible for our first plane and we will follow the same path for the other aircraft that will come: